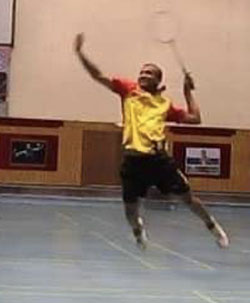 
The British brought cricket to India in the early 1700's with the first cricket match played in 1721. In 1848 the Parsi community in Bombay formed the Orientel Cricket Club, the first cricket club to be established by Indians. After a slow beginning the Europeans eventually invited the OCC to play a match in 1877. By 1912, the Parsis, Sikhs, Hindus and Muslims of Bombay played a quadrangular tournament with the Europeans every year. Today, cricket is the most popular sport in India by far, and is played almost everywhere. The Indian national cricket team won the 1983 Cricket World Cup, the 2007 ICC World Twenty20, the 2011 Cricket World Cup, the 2013 ICC Champions Trophy, and shared the 2002 ICC Champions Trophy with Sri Lanka. The 2021 ICC Men's Twenty20 World Cup & 2023 Cricket World Cup will be hosted by India.

Pass the Beat 4 Love and Kindness


Bollywood is one of the largest centres of film production in the world. In 2001 ticket sales, Indian cinema (including Bollywood) reportedly sold an estimated 3.6 billion tickets worldwide, compared to Hollywood's 2.6 billion tickets sold. Bollywood films tend to use vernacular Hindustani, mutually intelligible by people who self-identify as speaking either Hindi or Urdu, and modern Bollywood movies increasingly incorporate elements of Hinglish.

The most popular commercial genre in Bollywood since the 1970s has been the masala film, which freely mixes different genres including action, comedy, romance, drama and melodrama along with musical numbers. Masala films generally fall under the musical film genre, of which Indian cinema has been the largest producer since the 1960s when it exceeded the American film industry's total musical output after musical films declined in the West; the first Indian musical talkie was Alam Ara (1931), several years after the first Hollywood musical talkie The Jazz Singer (1927).


Ajeet Singh Yadav is an Indian Para Athlete who competes in men’s javelin throw, in F-46 category. Ajeet was included in Sports Authority of India Government of India program under Target Olympic Podium Scheme, and also currently being supported by the Olympic Gold Quest. Javelin thrower Ajeet made India proud by winning the gold medal in men’s javelin F46 at the Fazza Para Athletics Grand Prix in Dubai to make a statement that he is one to watch out for at the Tokyo Paralympics. Ajeet is pursuing his PhD in physical education and sports from LNIPE Gwalior