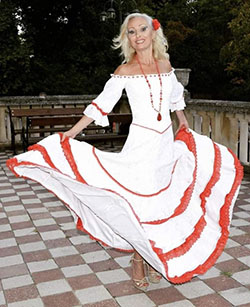 
This elegant form of gymnastics came into being as an illustration of expression through movement toward the end of the 19th and early 20th centuries. Founded on the visions of Jean-Georges Noverre* andFrançois Delsarte**, the discipline uses dance elements to develop aesthetic expression and grace in the human body.
Is Rhythmic a new discipline? Not quite. Scholars recently concluded that the sport can be traced back more than 3,500 years to ancient Egypt! Over the course of its development, the discipline would go from Modern Gymnastics to Rhythmic Sport to Rhythmic Gymnastics. Initial domination came from Bulgaria and the Soviet Union until the 1980s

Pass the Beat 4 Love and Kindness